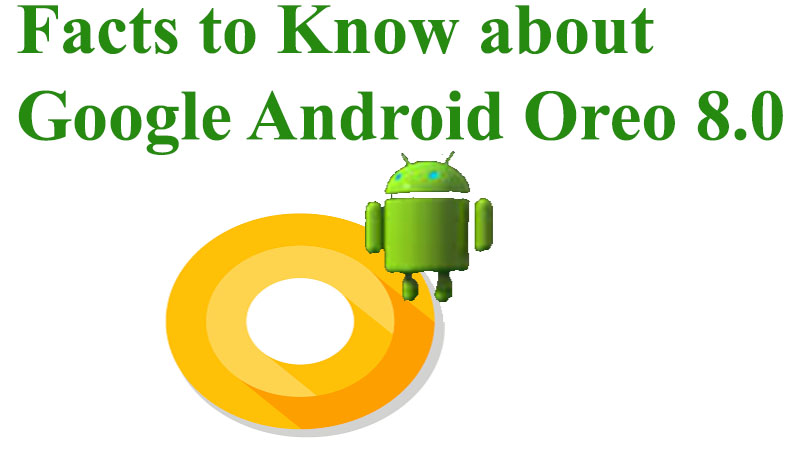 Now it’s the time to have more powerful and smarter mobile operating system i.e Google Android 8.0 Oreo. This version is smarter, powerful, faster and sweeter than ever released version. I am telling about Google Android 8.0 Oreo, Android Nougat 7.*.* is going to be old now. Its last release date was 5th December 2017. The session of the first and last release of Android Nougat was 22nd Aug 2016 to 5th Dec 2017. In the same session, you will wonder that Google has already released its updated version before.

The general availability of Google Android Oreo 8.0 was on 21st August 2017. In starting it was released on 17th May 2017 of its beta version for developer testing. And from the general release, you can easily use it if your device is compatible with it.

In the newest version of Android, there are many updated new features. One by one its new features is discussed below.

Except all of these new features and updates, there are also many new kinds of stuff and updates for better user experience.

Availability: This version is publicly available since 21st August 2017. But all smartphone is not compatible with it. You can update your phone if your phone is one of  Nexus 5X, Nexus 6P, Pixel C,  Nexus Player, and both Pixel smart-phones. Also currently there is many latest phone on the market having Android Oreo v8.0. Probably in upcoming six months there will be many phones having Android Oreo v8 or it updated version.

Its last released version 8.1.0 was released on 2nd January 2018. For more information, you can visit the official version of Android (click here).

8 thoughts on “Are you aware of Google Android 8.0 Oreo”