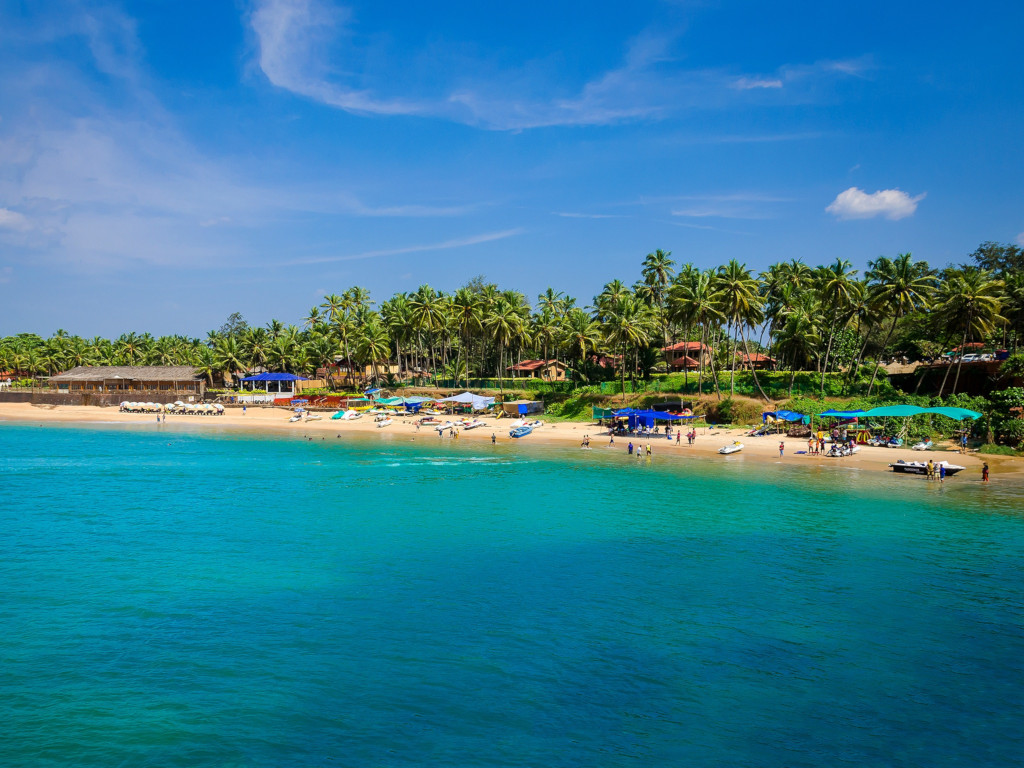 When name Goa comes pictures of immaculately clean beaches, trance parties, cheap alcohol and seafood comes in the mind. Following line describes Goa in its own way. “Variegated blend of Indian and Portuguese cultures, sweetened with sun, sea and sand, Goa is the beauty that enchant!”. Filled with a fullness of interesting attractions, Goa is a small state situated in the western region of India with coastlines stretching along the Arabian Sea. In fact, it is termed as the “Fun Capital” of India. Its sandy beaches, happening life and world heritage architectural spots (The Basilica of Bom Jesus) attract over 2 million international and domestic tourists every year. In a nutshell, if you are a beach lover or interested in late parties or enthusiastic about photography, then Goa is the best place to visit. This article is about Interesting facts about Goa that you don’t know and must know. Let us dive quickly into the article to provide you insights about Goa.

I would like you to visit my other two article which may be your cup of tea. I am adding their link as below

Delhi explained | Facts that you must know – Glbaat

Fact 1: Can you guess how many bars are there in Goa???

Goa is home to more than 7000 licensed bars. I am not considering unlicensed ones. If both are considered count will increase further. All of these bars are visited by thousands of local and tourist every year.

St. Francis Xavier was a highly esteemed personality amongst Christians. He was the person who was on the mission of spreading Christianity all over the world. While fulfilling the above mission in china, he died and his body was brought back to Goa. His body is still kept inside a glass case in the Basilica of Bom Jesus. This is the reason it is termed as non-decomposing body. I hope readers are gaining some useful stuff.

The Basilica of Bom Jesus is one of the most popular churches in the world and is a UNESCO World Heritage Site. Tourists from all over the world frequent this age-old monument which is also known for its remarkable architecture.

Fact 6: Do you know this

Goa is the second State in India after Orissa where world famous olive ridley turtles flock the Morjim to lay their eggs.

Goa has two official languages which are Konkani and Marathi.

The Se Cathedral church in Old Goa is the largest in Asia!. It was build to commemorate the victory of the Portuguese lead by duke Afonso de Albuquerque over the Muslim army, leading to the capture of Goa in 1510. One of the interesting thing about it is that it had two towers but one of them had been collapsed in 1776 and was never rebuild.

Some think that Goa is the smallest state of India so it may be not the rich state. No, such conception is absolute wrong. A 2012 census indicated that Goans top the country’s per capita income index at Rs 192,652 on average per year.

This state has a two-wheeler taxi. This is the only place in India where you can ask a biker a lift and actually pay him without worrying about riding with a stranger. Such exploration of the city can be achieved with small money.

Goa is one of the state of India which should be visited once in the life. It has an abounding ecosystem, variety of species, house to Asia’s only naval aviation museum. Bodla, Molem and Mhadei are some of the must-visit wildlife sanctuaries located in Goa. I hope every point which is being mentioned in the article helped readers to gain some good insights about Goa. If you are passionate about technical writing you can visit out parent website and blog which I am mentioning below.

Moreover, you can also visit our photography website to rejuvenate your spirit from below link

For some cherishable memories and refreshment, you can browse the below video by clicking the below link